I had the good fortune to grow up in a family of meditation practitioners. Both my mother and father quietly devoted time daily to their meditation and spiritual practice while leading ordinary lives.

As a young person, I was trained in the basics of yoga meditation by my parents and was also inspired to practice traditional martial arts. I devoted much time to this from my early teens through to my mid twenties and along the way also developed a personal practice of the yoga physical disciplines.

Encouraged by family to study and build a career, I graduated with a degree in nuclear medicine and worked in this field for several years in the UK. However, an increasing longing to visit the Himalayas and practice meditation full time finally caused me to leave my career and travel to India.

Arriving in Rishikesh at 29 years of age, I very quickly chanced to meet the meditation master, Swami Veda Bharati, who had trained my parents more than three decades previously. I resolved to stay in his ashram (Swami Rama Sadhaka Grama, named after his master).

I lived in this ashram for ten years, devoting my time to meditation and other spiritual practices, as well as studying yoga philosophy and the other philosophical systems of India. Later I was also involved in teaching in ashram workshops and programmes.

From the beginning of my third year of residence, I was also given the opportunity to serve as personal assistant to Swami Veda, which remains one of the greatest honours and experiences of my life.

I now live with my wife and children and spend much time traveling to teach internationally as well as working to edit and make available the unpublished teachings of Swami Veda Bharati. 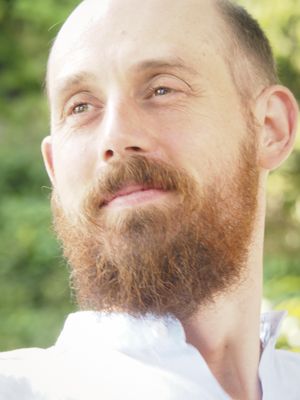